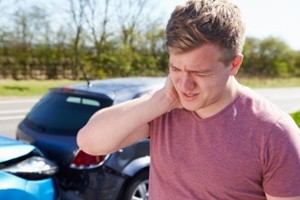 A group of distinguished experts met in New York City on April 6, 2013 to discuss the impact of a newly identified medical syndrome known as Cranio-Cervical Syndrome (CCS). The conference is expected to become an annual event to address the pandemic needs of the millions of patients (including 1.2 million whiplash injuries annually in the US) who currently have no solution from their symptoms for the lack of an adequate diagnosis or effective treatment. The symposium is called "The Cranio-Cervical Syndrome (CCS): The Vulnerability of the Human Neck and Its Impact on Cerebrospinal Fluid (CSF) Flow."

Although this syndrome is newly identified in the medical community, symptoms associated with the cranio-cervical syndrome are commonly found in an upper cervical chiropractic office. Upper cervical chiropractors have identified this syndrome over 80 years ago calling it the Atlas subluxation complex syndrome. But new technology is finally pointing the medical community towards this critical area of the body.

A press release about the symposium states that it has been convened because of the vast number of patients with the syndrome being encountered by FONAR's UPRIGHT, Multi-Position, MRI and its UPRIGHT,  CSF flow Video Technology and the unexpected discovery of the lack of the medical community's awareness of the existence of this syndrome and of its pandemic dimensions.

With this new technology patients experiencing these symptoms are able to get answers. FONAR UPRIGHT, Multi-Position, MRI is showing a variety of damage associated with past traumas to the cervical spine and misalignments in the upper neck that are leading to a total or partial CSF flow obstruction.

These obstructions of cerebrospinal fluid flow are leading to changes in the brain, including CSF leaks and increased intracranial pressure. These brain changes are being studied as a probable cause of multiple sclerosis and other neurodegenerative diseases such as Alzheimer's, Parkinson's, ALS, and Childhood Autism.

What to Do Next

In order to address this syndrome the patient must be evaluated thoroughly in the upper cervical spine (upper neck). If an upper neck misalignment is found, the misalignment can be corrected with Upper Cervical, a specialized procedure that is safe, gentle and extremely effective.