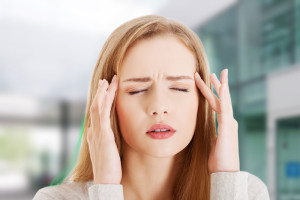 If you suffer from migraines and you want relief you don't need drugs or surgery. If you have a history of neck or head traumas due to accidents or injuries those past injuries may be the cause of your pain.

Dr. Raymond Damadian, inventor of the MRI, conducted some research that revealed that a misalignment in the upper neck leads to a change in the flow of cerebrospinal fluid to, from, and through the brain. That misalignment, which is the result of an obstruction in the first two bones of the neck, causes a backup in cerebrospinal fluid. The improper flow of the fluid then causes increased intracranial pressure, and that pressure leads to problems including migraine headaches.

Now, the good news is that misalignment can be corrected by a specific and gentle type of chiropractic called upper cervical chiropractic. When intracranial pressure is relieved, there is a restoration of proper flow of CSF when the top two bones in the vertebrae are realigned. That leads to a significant reduction and sometimes elimination of migraines and other health problems.

One example was of two patients who suffer from severe long-standing migraines and other health complications due to whiplash. They were examined using an upright MRI and specialized software that allowed for an evaluation of CSF. Each patient had a misalignment in the top vertebrae which led to a reduction in CSF flow. Both then received a correction by an upper cervical Chiropractor to those two vertebrae.

Within an hour of their initial correction another scan by an MRI showed a normalization of CSF flow the also reported that their headaches were nearly eliminated after their corrections. The researchers stated prior research has demonstrated a correlation between CSF obstruction and intracranial pressure.

If you suffer from headaches, it might be time to seek out the care of an upper cervical chiropractor. They will examine your neck for any misalignments in your upper cervical spine and make any adjustments necessary. This will allow the body to begin to heal itself and will lead to a reduction of such things as intracranial pressure.

What to Do Next

In order to address this syndrome the patient must be evaluated thoroughly in the upper cervical spine (upper neck). If an upper neck misalignment is found, the misalignment can be corrected with Upper Cervical, a specialized procedure that is safe, gentle and extremely effective.