Migraine Treatments: Antibody May Not Be for Everybody 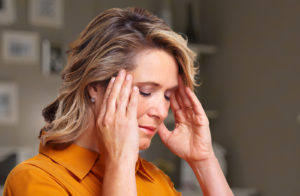 If only it were really that simple to build up an immunity to migraine pain. Migraines are all too real for the estimated 12% of the American population that is struggling with the health condition, which is even being called a disease now. Migraines are a complex issue with many contributing factors.

There is much dispute over the actual cause, and one of the leading theories is that they are hereditary and genetic in nature. The reality is that the cause is still widely unknown, but the effects are very well documented. The standard migraine involves certain areas of the brain that are overly sensitive; characterized by throbbing of the head as well as sensitivity to smells, sound, and especially light. This causes fits for not only patients but the healthcare providers who want to help their patients get relief.

Treatments for migraines are generally lacking as they deal with the effects rather than the cause. Standard treatment options involve heavy grade pharmaceutical intervention or, in less invasive methods, diet and exercise. One company is working to resolve issues in one shot, multiple times a year. A new treatment of injecting certain antibodies into the blood that release a protein that reduces inflammation has seen some success in early trials. The drug is years away from being completed and begs the question of how can this same process be facilitated naturally?

To learn more about the connection between head and neck injuries and migraines download our complimentary e-book Natural and Drug-Free Ways to End Your Migraines by clicking the image below.

Many patients find their way to me looking for just that, a natural way for migraine relief. I look at migraines much differently than the rest of the healthcare industry which has resulted in me becoming somewhat of a specialist in migraines. I am an upper cervical chiropractor, which means that I focus on how the spine?specifically the first bone in the neck known as the atlas?affects the brain, nervous system, and whole body function. If the atlas is misaligned, it has negative effects on the amount of blood flow to the brain and how the brain perceives pain through the nervous system.

By performing a detailed examination and locating the misalignment down to the smallest degree, we are able to help migraine patients by creating the perfect adjustment for each person. Research performed on large groups of migraine patients has shown that upper cervical chiropractic has helped patients experience relief in as little as one adjustment. Many patients even report resolution of migraines naturally over a long period of time by maintaining the proper alignment of the spine.

Let us help you with a better option for migraine relief.